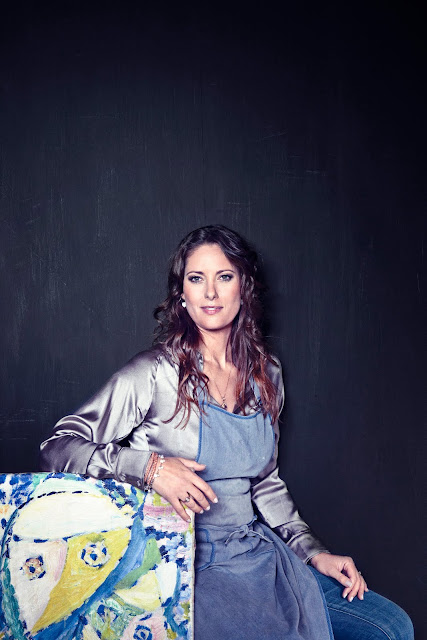 GAH! What is it with the Danish media?! Did they have to sign a contract with Lene Balleby or The McCann Group in blood to ensure that Mary's name will be brought up every time a discussion of a better human specimen is undertaken? Poor Katja. What a birthday present. What did she ever do to deserve this? She loved our Derfie, read the writing on the wall that Daisy didn't want her and Fred was too weak to stand up for her, got out, got on with her life, trained in conservation, got married, had a kid, established her own business. And this is what she has to endure? Comparisons to little Mary Donaldson and being just "the ex"? Saturday was your birthday, Katja. Hope it was a happy one and that Derfie was able to share a glass of champers with you before taking off for Sweden - unless you went with him as a birthday treat and to keep supporting the ol boy! A person can dream, no?

The Ex and Mary Are Similar

The strong gaze. The high cheekbones. The little narrow and slightly reserved smile. Just three little details that Crown Princess Mary has in common with her predecessor, model Katja Storkholm, who is now 41 years old.

And just now, when both women have reached a certain maturity and rounded the big 40, the images very clearly show that the similarity between them is striking. And perhaps with good reason.

Although it is many many years ago that Frederik was dating the beautiful former lingerie model, sources close to the crown prince made no secret of that of all his now ex-girlfriends, Katja Storkholm is the one who has meant the most to him. And not only because it was her who broke off the relationship.

Thus, it is reported that Frederick was actually down on his knees and proposed to Katja. Which is hardly an ill-considered gesture for a Crown Prince.

According to Trine Villemann's book '1015 Copenhagen K' it was Katja Storkholm who helped Frederik find his own footing as Crown Prince and was a huge support for him. Among other things, it was her who backed him when he wanted to implement his tough training in the Frogman Corps.

"It happened only because Katja was there and because she supported him," it says in the book where Villemann also called the pair "a real team."

"It should have been those two," she writes.

But the queen seemed to be opposed to the match. And finally, the pair then went their separate ways.

Katja Stockholm was subsequently married to three years younger lawyer and yachtsman Chresten Plinius at Frederiksborg Castle Chapel. Shortly after, the pretty model got pregnant and the couple had a son, Vitus.

In 2009, however, the marriage ended. And Katja Storkholm has since been a single mother and lives in Østerbro along with her son. She has trained as conservator and among other things, specialises in COBRA art.

"I am very diligent, but I also really prioritise my son. I'm his anchor, so that means more than work," says Katja Storkholm in an interview with Børsen.

Speaking about the Crown Prince doesn't phase her. It is water under the bridge for the 41-year-old beauty. Who in God's name thinks these two women really look alike? One is goooooorgeous, sparkling, and alive; the other is simian, clay-like and dull-eyed.

Photos: Franne Voigt and Linda Henriksen
Posted by Cece at 8:17 AM